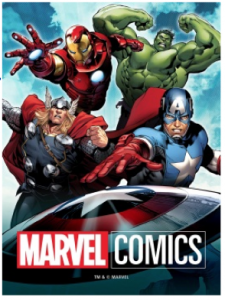 I was only 11 years old when I wrote and illustrated my first graphic novel. It was for fun and of course, wasn’t a paid gig. Then, later, when I worked at a large advertising company and wrote and produced television commercials, I also wrote and illustrated comic books for major restaurants worldwide. But, I didn’t realize that one day in the near future, graphic novels (comic books) would become a very lucrative source for writers.

Definitely, graphic novels have entered the mainstream and become the hot category for both established professionals and aspiring artists. If you have a novel that you want turned into a graphic novel, or if you simply want a graphic novel, then I can write it for you. From super-heroes to werewolves, Hollywood is always looking at graphic novels to adapt into films…”V For Vendetta,” “Road To Perdition,” “A History of Violence,” “The Watchmen” – these are just a few graphic novels which have enjoyed immense popularity and translation into big-budget films.

In a nutshell, a graphic novel is a fictional story (novel) told in a comic-strip (graphic) format. I will create your characters and provide gripping storylines to make your graphic novel outstanding.

“If you can dream it, you can do it.”
~Walt Disney